Will Patriots-Focused '80 For Brady' Film Score At The Box Office? 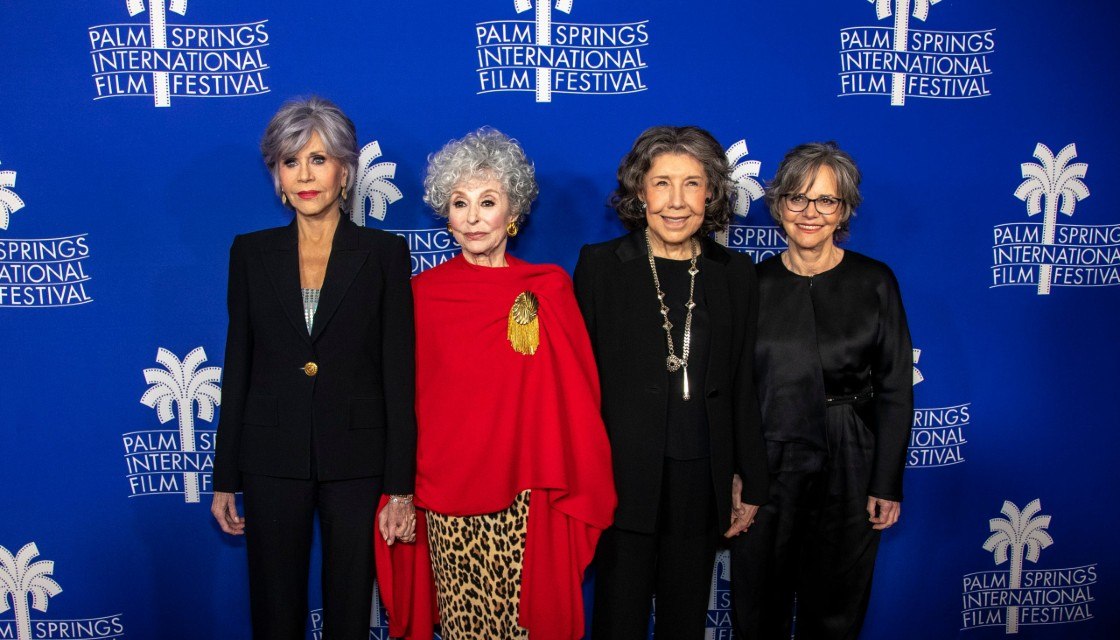 Starring legendary actresses Jane Fonda, Lily Tomlin, Sally Fields and Rita Moreno, '80 for Brady' tells the story of four women in their eighties who travel from Massachusetts to Texas to see their beloved Tom Brady compete in Super Bowl LI. As BetMassachusetts readers know well, that was the year TB12 orchestrated a comeback even Hollywood couldn’t script — erasing a 28-3 third quarter deficit to defeat the Atlanta Falcons in overtime. Imagine the reaction across Massachusetts sports betting had it been legal.

'80 for Brady' is set to hit theatres on Feb.3, just two days shy of the six year anniversary of the comeback — also, nine days shy of this year’s Super Bowl — and we here at BetMassachusetts are taking (hypothetical) bets on how the new movie will perform at the box office. Once everything goes live in the Bay State, be sure to check out top-rated sportsbooks like Caesars Massachusetts.

We all know the pandemic has been wreaking havoc on cinemas since early-2020, but this year early signs point to a welcome upswing. 'Avatar: Way of Water' is barreling toward $2 billion dollars in worldwide box office as we speak. Meanwhile, the horror-comedy 'M3GAN' put up a more-than-respectable $30 million opening weekend against a reported $12 million dollar budget.

So how much money will '80 for Brady' make at the domestic box office in its opening weekend?

While you can’t find them on MA sports betting apps, we’ve attached a set of hypothetical odds to four box office milestones and analyzed the likelihood of '80 for Brady' landing in that range when the opening weekend ticket sales are counted up.

Sports films have struggled mightily at the box office for the past two years. However, it’s worth noting the sample size is small.

In Summer 2021, the much anticipated LeBron James 'Space Jam' sequel looked like a slam dunk, but disappointed with only $31 million on opening weekend. Later that year, the Will Smith starrer 'King Richard', a biopic about Serena and Venus Williams’ father and coach, did only $5.8 million on its Thanksgiving weekend debut.

Another, albeit older, comparison might be 'Draft Day' with Kevin Costner. Considered a campy cult favorite among sports fans today, that movie brought in $9.7 million after opening in theaters a month before the 2014 NFL Draft.

But the intended audience for all those films is very different than '80 for Brady', which is clearly skewing toward the adult-women demographic — but, of course, with both Brady and Rob Gronkowski making a cameo, there’s crossover appeal with male audiences too.

At 2/1, we’re suggesting that there’s a 33.33% chance that '80 for Brady' disappoints with less than $10 million, but with major star power on board, we think it’s more likely to top that figure on opening weekend.

Earlier this year, '80 for Brady' opened the Palm Springs Film Festival. Critics from both The Hollywood Reporter and Variety were in attendance, and their reviews confirm what the film’s trailer suggests — this isn’t a sports film, it’s a film about female friendship with sports on in the background.

Tomlin, Fonda, Fields and Moreno are the heart of the film, and according to early-critics their chemistry is infectious.

With that in mind, a more comparable film might be 2019’s 'Book Club,' an affable dramedy about a foursome of older women (Fonda included) that brought in $13.5 million on its opening weekend.

Considering it’s rare these ladies act in even one big project a year, Paramount Pictures is surely counting on this team up to bring in at least $10 million on opening weekend. They’ve certainly pumped the marketing dollars behind it. '80 for Brady' ads have been on air since midway through the NFL season.

Hitting this threshold would almost certainly mean beating out the new M. Night Shyamalan flick 'Knock at the Cabin'. The apocalyptic horror starring Dave Bautista opens the same weekend, and is the more likely film to top the box office.

M. Night has a loyal following and is a proven box-office performer. '80 for Brady' would likely need a groundswell of support from critics to come out on top. Still, we've seen bettors overcome crazier odds at sportsbooks like FanDuel Massachusetts.

That’s at least 20% possible according to our 4/1 odds. After all, '80 for Brady' is written by Emily Halpern and Sarah Haskins, the duo who wrote the hilarious and critically acclaimed 2019 comedy 'Booksmart.'

If '80 for Brady' passes $30 million on opening weekend, Paramount CEO Bob Bakish might show up to work Monday in a Tom Brady jersey.

It’s a long shot, but it’s programmed perfectly to premiere on the NFL’s off week before the Super Bowl, and features four of the greatest actresses of their generation.

Stay close to this site for fun hypothetical odds such as this, as well as Massachusetts sportsbook promos.

Jeff Parker is an entertainment writer for BetMassachusetts.com. A writer for film, television and the internet, Jeff is a life long movie buff, with a Masters Degree in Popular Culture. He lives in Halifax, Nova Scotia, where he works full time as documentary filmmaker and producer.