Are The Patriots Still One Of The NFL’s Most Disciplined Teams? 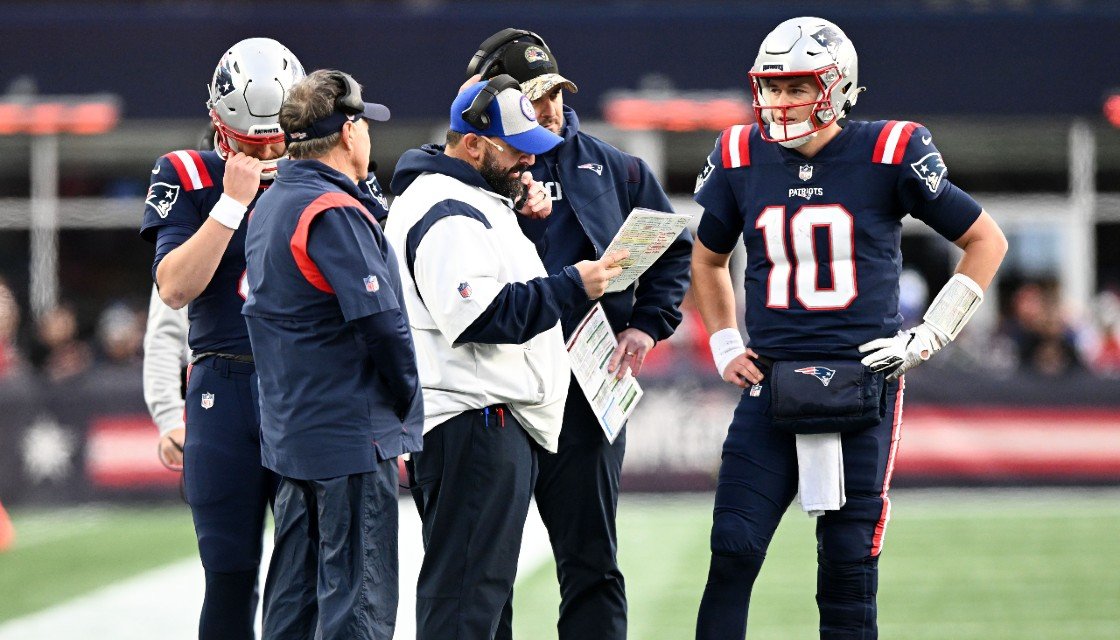 Under the Bill Belichick-Tom Brady New England Patriots, discipline was a distinct and important character trait of all six Super Bowl-winning teams. It's a big part of the reason why bookmakers like Caesars Massachusetts seemingly always favored New England during that legendary 20-year run.

From 2001-2019, the Patriots not only out schemed their playoff opponents on a regular basis, but also played smart, rarely if ever committing a late roughing the passer penalty that could swing the outcome of a game.

But since Brady left for Tampa Bay, not all has gone smoothly in Foxboro, with Belichick and the Pats posting records of 7-9, 10-7 and 8-9 over the last three seasons, respectively. You can be sure those win totals are top of mind across Massachusetts sports betting as well.

While those records obviously indicate a drop in team performance across the board, we at BetMassachusetts were curious if a rise in team penalties is partly to blame for the lack of postseason success in Foxboro post-Brady.

Hence, we utilized NFLPenalties.com to compile the penalty statistics of each team over the past five regular seasons (two with Brady in New England, three without) to find the most disciplined teams over that span of time.

Keep in mind, the average total over the past five seasons for an individual NFL team's penalties is 501.

Most Disciplined Teams Since 2018

As you can see from the chart above, while playoff wins have evaded the Patriots since Brady left town, discipline remains a staple under Belichick, whether it was Cam Newton or Mac Jones under center.

The Patriots were the third least-penalized NFL team over the past five seasons, with a healthy mix of two seasons with Brady and then followed by one of Newton and two of Jones. They trailed only the L.A. Rams and Cincinnati Bengals over that time period, two teams that each have a recent history of postseason success. The Bengals especially will likely garner Super Bowl odds on MA betting apps next season.

Belichick's finest example of the discipline he instills was on display during the 2020 season. With rookie Jones starting every game, the Pats had the fewest penalties in the league, with just 62 flags thrown against them amid the team's run to a Wild Card spot.

However, that narrative changed this past season, and could jeopardize the Patriots standing on this list as early as next year.

The 2022 Patriots, amid their disappointing 8-9 campaign, were in the top 10 of most penalized teams, tied with the Carolina Panthers with 104 flags thrown against them.

Should the Patriots return to their winning ways, Belichick and his new offensive coordinator will have to get back to basics to instill the discipline that was a trademark among the Patriots' Super Bowl runs.

You will find much more Patriots coverage here at BetMassachusetts.com, as well as Massachusetts sportsbook promos.

Remember, retail sports betting is set to launch Jan. 31 and online sportsbooks sometime in March. That means won't have to wait too much longer before getting to use a BetMGM Massachusetts bonus code to boost their bets.

Thomas Leary is a news editor and writer for BetMassachusetts.com. He previously worked at Sports Business Journal for over 6 years, where he helped identify emerging sectors across sports business, such as legalized gambling, and helped launch the publication’s digital newsletter division. Thomas lives in Charlotte, N.C.