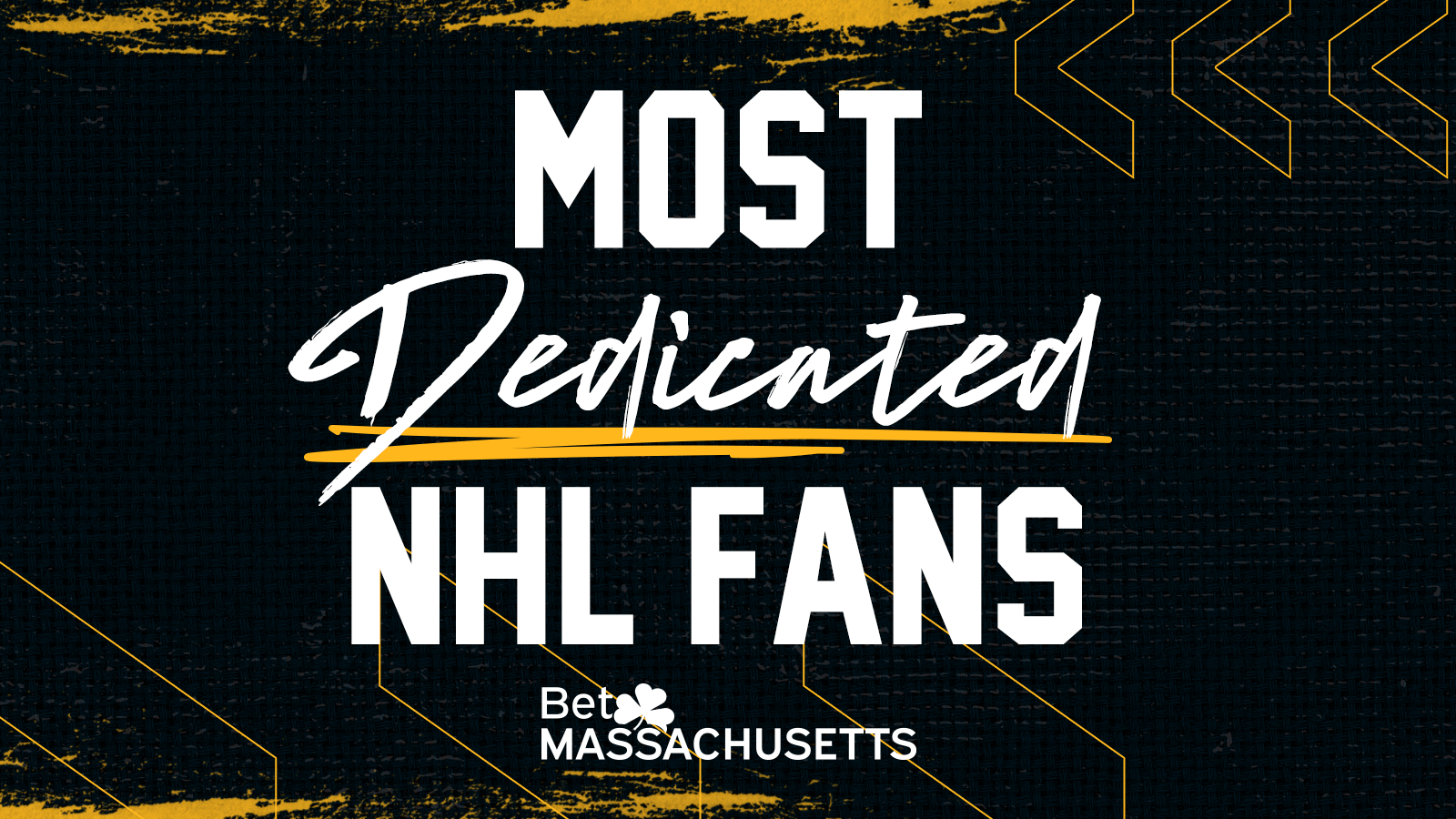 The Black & Gold had an interesting offseason, as they let go of former head coach Bruce Cassidy after six seasons at the helm. To add to the uncertainty across Massachusetts sports betting, Boston brought in former Dallas Stars coach Jim Montgomery, who was fired from the Stars in 2019-20 due to “personal behavior issues.”

Despite the uneasy situation behind the bench and lackluster free agency moves, you can always count on Beantown residents to show up come October.

Going into the 2022-23 NHL season, BetMassachusetts.com developed a matrix system to rank the 31 NHL teams (Seattle eliminated due to one year of existence) based on the dedication of their fans. 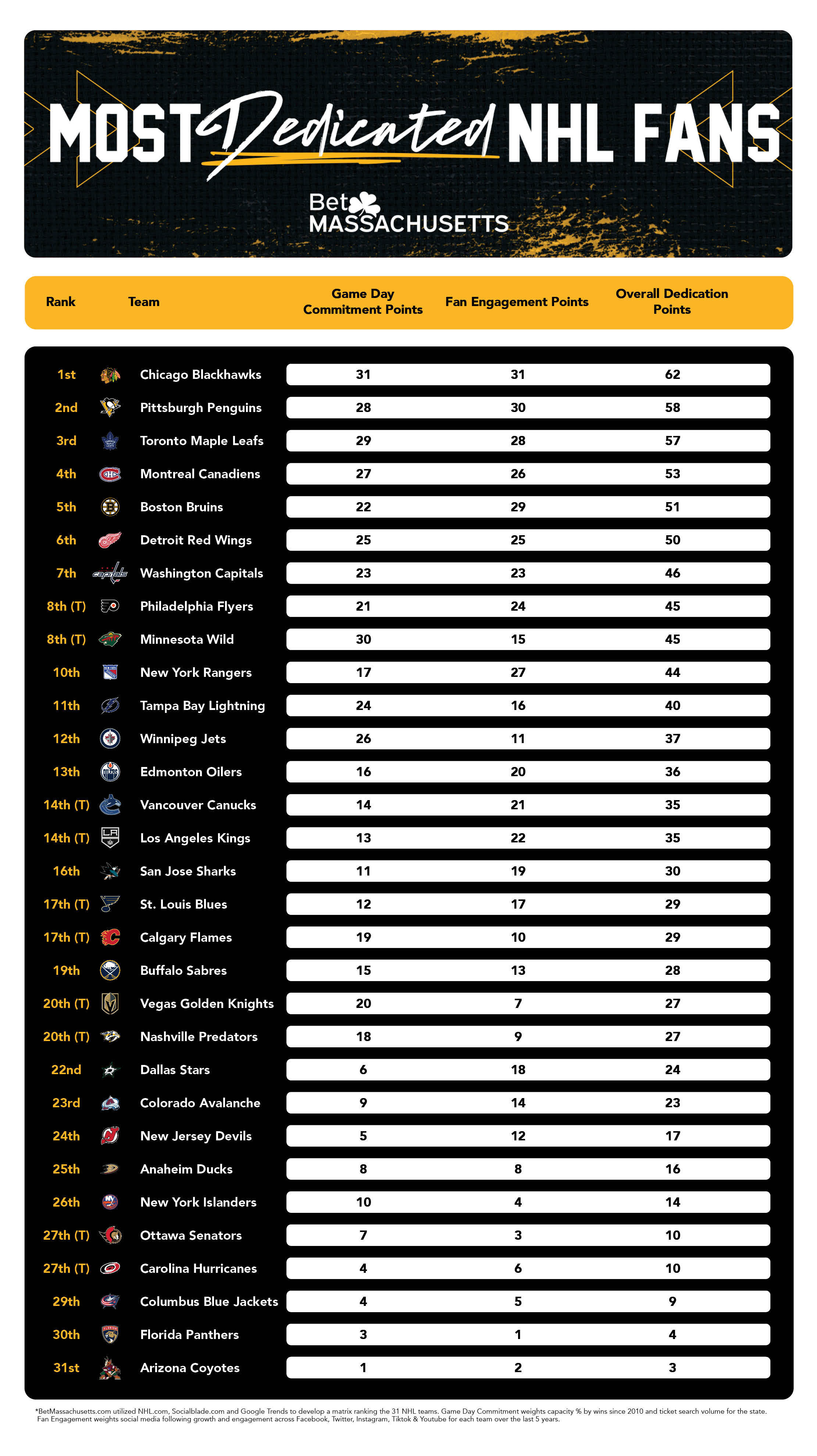 The 2011 Stanley Cup victory certainly went a long way for bringing fans into TD Garden, and despite some short stints in the NHL playoffs the past few years — people are still showing up.

The Bruins finished in the Top 10 in NHL attendance capacity percentage over the past three seasons, which led to their high score in “Game Day Commitment.”

While the fanbase may be concerned for their prospects in the 2022-23 NHL season, BetMGM thinks the steady Bruins have a solid shot at the Stanley Cup with the 12th best odds (+2800).  Bettors looking to wager on the Bruins should take advantage of some BetMGM Massachusetts bonus codes before placing a bet.

Stay close to BetMassachusetts for the latest Bruins odds and the best MA sportsbook promo codes.